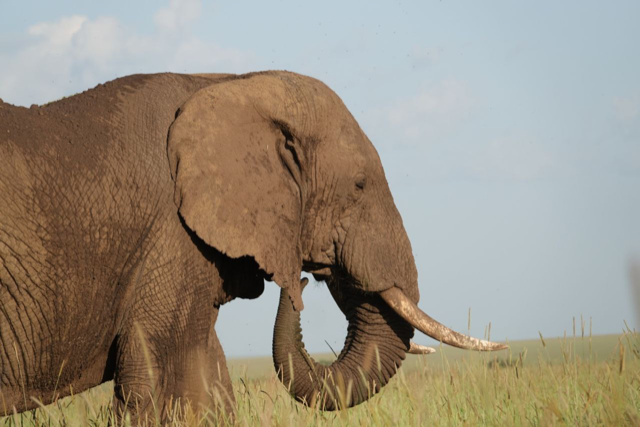 ‘An integral part of the Serengeti-Mara ecosystem, the home of the Great Migration’

Ikorongo and Grumet Game Reserves (IGGR) are two reserves under single administration. Ikorongo Game Reserve (IGR) covers an area of 558.9 Km2 and was gazetted as Protected Area on 10th June1994. The reserve is situated in Serengeti district in Mara Region. The name Ikorongo was originated from a wild animal known as Roan Antelope called “Korongo in Swahili Language” whereby local residents saw them multitudes in previous years.

On the side of Grumet Game Reserve (GGR), the Reserve has an area of 434.5 Km2 and was gazetted as Protected Area on 10th June 1994. It is situated in Serengeti and Bunda districts in the Mara Region. The Reserve takes the name of the Seasonal Grumet River which supplies water to Wild animals during dry season due to presence of small natural water bowls found in the river bed.

The two reserves borders Serengeti National Park forming a large part of Serengeti-Mara ecosystem home to the world’s famous great wildebeest migration. On the Northern side, Rubana River forms a boundary between the reserve and surrounding villages.

The Reserves are hunting concessions where most popular activity taking place is photographic tourism. Most visitors to the are embark on game viewing, birds watching, walking safaris, Bush meals, camping, sundown, night game drive and balloon safaris –viewing wildlife from the sky.

The reserves are unique due to the presence of the world wonder natural migration of Wildebeest and Zebra, presence of all the big give (Lion, Leopard, Buffalo, Elephant and Black Rhino) forming important part of the larger Serengeti Mara ecosystem. Presence of extensive plains with short grasses provides a magnificent scenic view of the areas and good visibility for wildlife.

Other common wildlife to the area are Topi, Eland, Warthog, Bushbuck, Giraffe, Impala, Hartebeest, Wildebeest, Impalla, Gazelles, Zebras, Baboond and Waterbuck. Moreover, the area is sweet home to different species of birds such as Ostriches, Helmeted Guinea Fowls, Francolins, Secretary birds, vultures and crowned cranes making it a must visit place for birders.

Ikorongo/Grumet Game reserves are dominated by grassland, Acacia Woodland with riverine vegetation, which is a home for Monkeys and different species of birds, also the area is dominated by different trees species such as Comiphora spp and Balanitis aegyptiaca.

The reserve experiences two rain seasons whereby short rains occur in September to December and long rains begins from March to May. The average temperature ranges from 15⁰C to 28⁰C. Suitable time to visit the area is from June to October (high season) due to presence of Wildebeest Migration which is heading to Masai Mara National Park and from January to February (Low Season).

The reserves can be accessed by air from Arusha, Mwanza, Musoma, Seronera to Fort-Ikoma airstrip, which is 3 km to the Reserve.